having just finished the art above, polo girl 3 (a very evolved dready) i was having a chat, last friday night, out at dinner, with a doood i’ve known for a long while.

He was discussing with me the purity of dreadyness …

and he, being a brandmeister, was dismayed that i hadn’t completely stuck with the original essence of ‘dready’ which he felt had an authenticity to it and that some of the newer work was sometimes incongruous and often, he felt, cold …

and for the most part i disagree with him …

you see when i first started this idea, dready was a character, in caribbean cliche scenes, very rustic, very faux primitive, designed for post cards and t shirts to tourists.

as tourism failed and then collapsed altogether that vision of dready needed to evolve or fail with it.

and that evolution came in the form of original art commissions and art prints.

and then there were things that people wanted to portray in their art that couldn’t be done with ‘dready’ as he didn’t fit … so not that he died, he stayed within the realm of his corner of the art and the name, dready, became instead, my signature on the art.

the art then became a revolution in itself and my want to portray things outside of the realm of ‘dready’, while being cognizant, one, that I wanted to stay true to the idea of the inherent simplicity of dready and two, the forms that the art had been designed to take and that I didn’t not want to do dready, i did, but I wanted him to be part of a bigger thing. 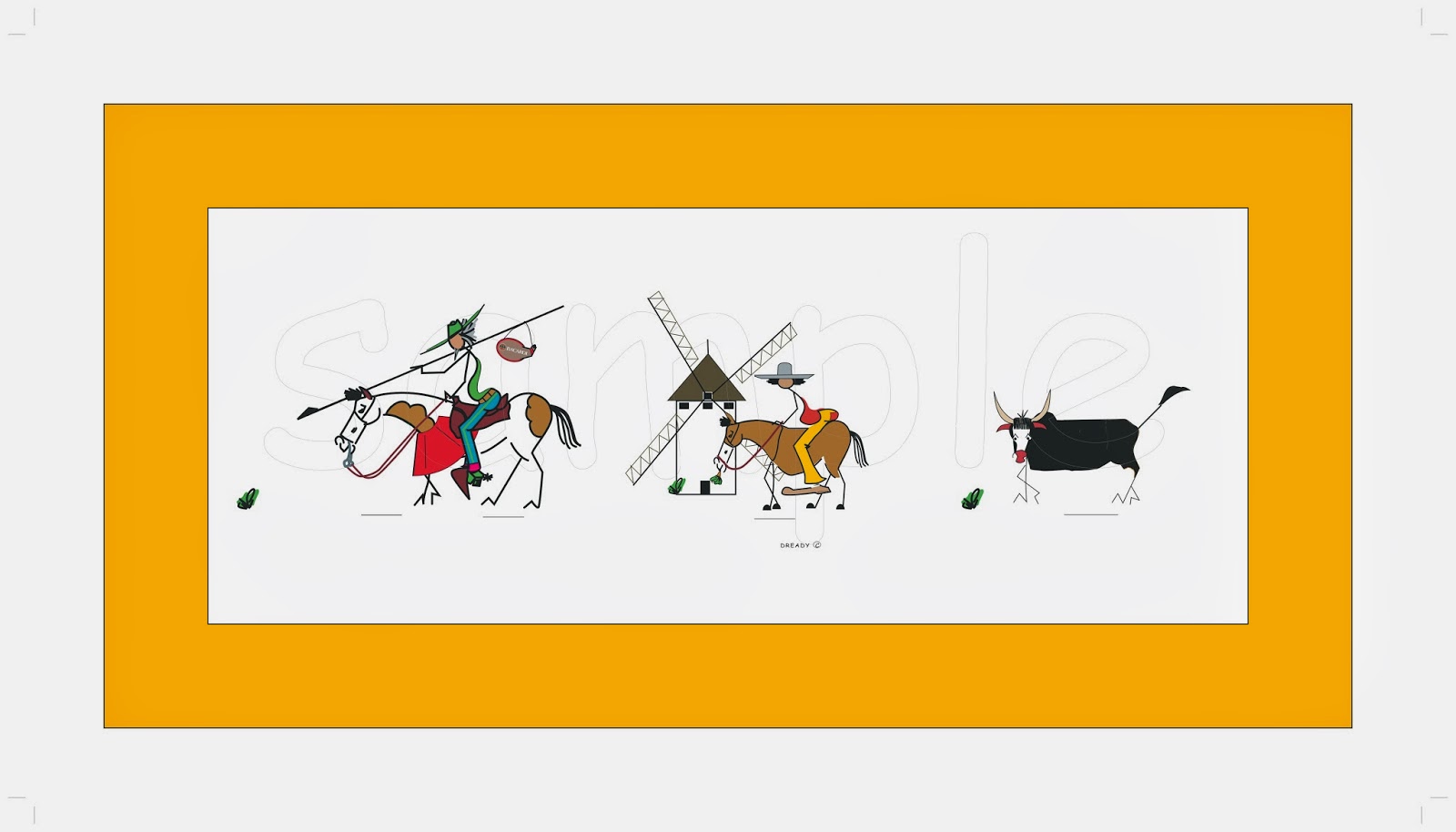 and here we have a crux and this is where the brandmeister was wrong – he considered dready to be the brand … but the signature is the brand.