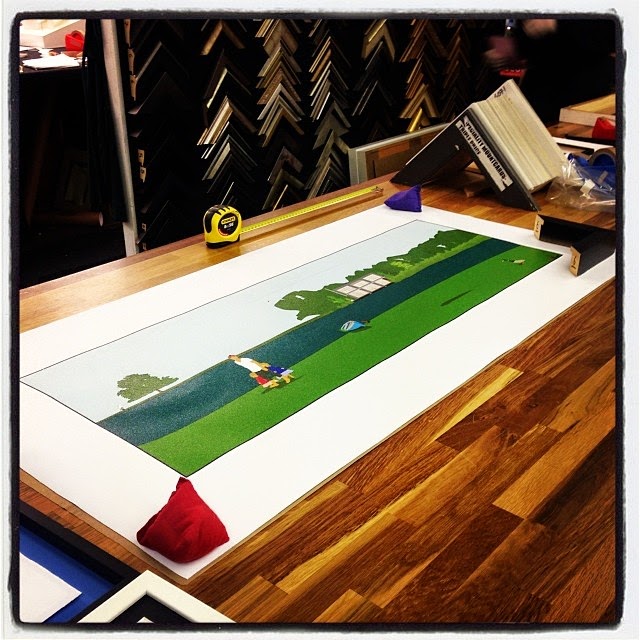 i’m a lucky man ’cause if dreadys are cool in abstract on the computer screen, they are even more so in person; in person they glow.

there’s a bit of ‘way’, in which we like to frame dreadys, that is a little outside the norm:

on canvas – traditionally canvas art is stretched with colour all the way around the bars of wood … but, dreadys, already framed inside an outline of black, seem to like an inch of clean white canvas all the way around the image, drawing your eye into the art. Glenn, who does most of the dready framing locally came up with the idea and we’ve been running with it since.
the framing can be anything simple and preferably wide. shadow box framing works well with canvases.

on paper – watercolour paper works well for dreadys but the framing is not so untraditional – we still like to leave an inch of white but it’s no longer necessary, because you can use wide matting, at least 3 inches, to draw the eye to the art in the middle. Two shades of matting, one thick, one thin work well – there’s a lot of colour in the art. framing is best with the use simple, modern designs, thick frames … black, bronze, deep browns work well.

I like wide simple frames, because the art is modern; I like shadow box framing with the canvases. I like wide framing and wide matting. experiments with coloured frames have worked really well if the space they’re going in is modern itself.