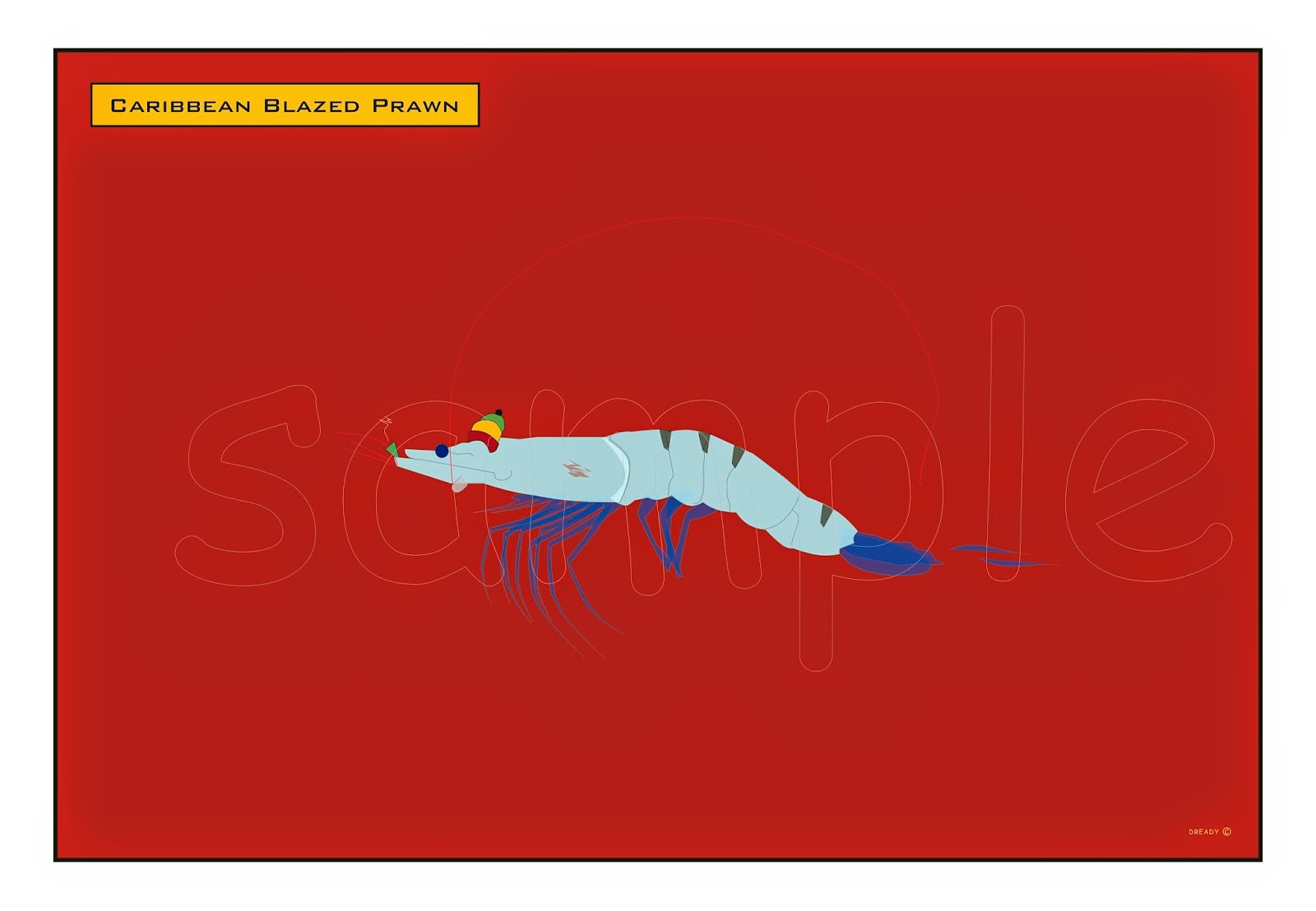 is not because i approve or disapprove of weed but because dready is, at its grass roots, whimsically linked to my heritage.

West Indian’s smoke weed – i’ve heard it said that 67% of Jamaicans smoke weed and knowing a few other islands pretty well, i’mma kinda figure that that number’s pretty good for most of the Caribbean.

… someone asked me to draw a shrimp, a prawn actually, as a gift for a friend who is a chef and asked me to do it in the traditional dready style, which would include: simplicity, bold colour, red yellow and green, whimsy and weed.