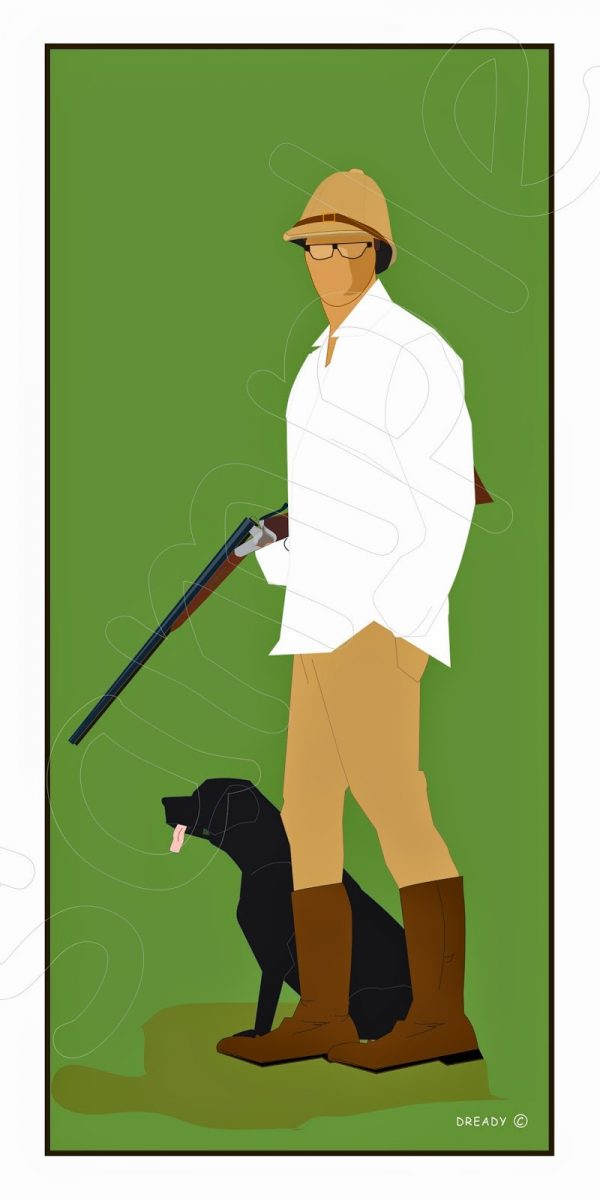 the explorer – dready – part of an original commission

the idea for this commission, is a series in which dready characters, and stuff related to the history of the particular person, make their way through 18th century lithographic images … 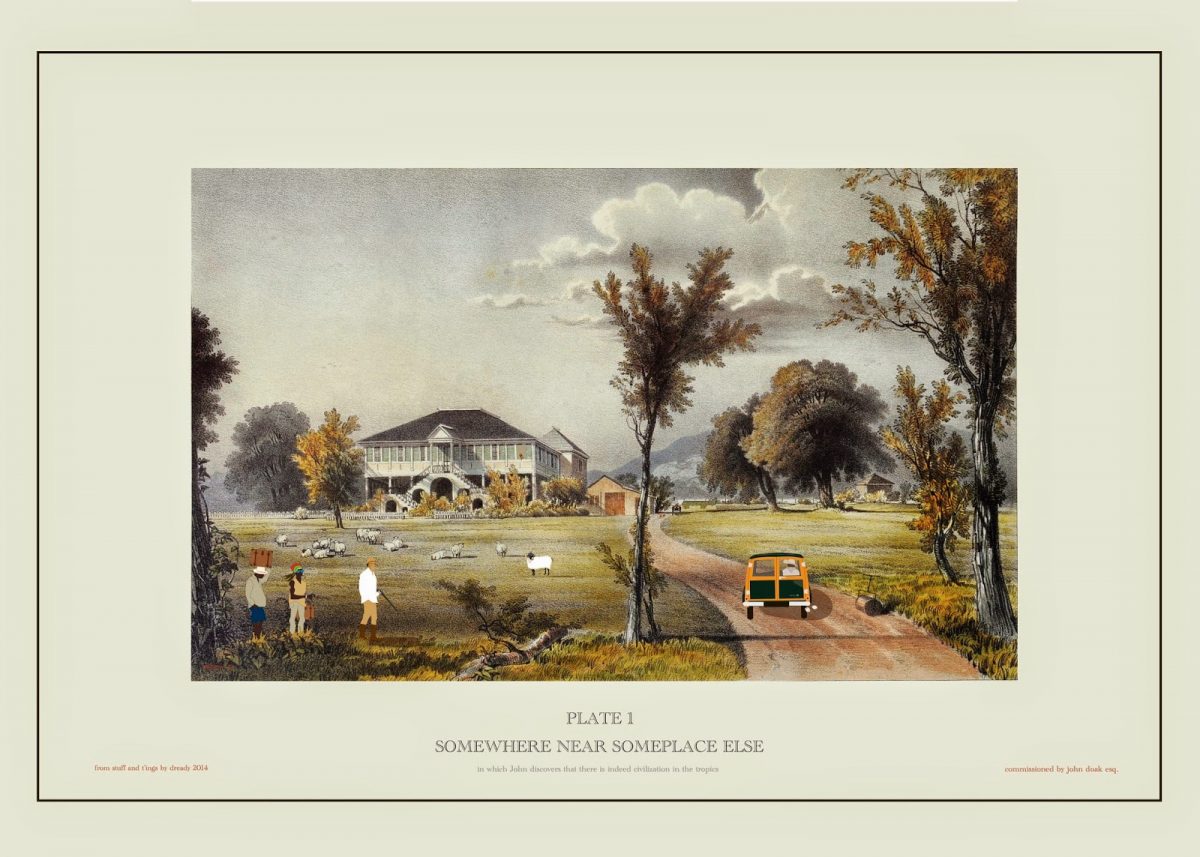 the first task was to create the character of the dooood in question, and then to alter him, dress him up, based on each image … in this case he is ‘the explorer’
… and he’s coming to the caribbean and discovering that civilization already exists!
this print is from an original Lithograph by Bartholemew Kidd and was/is of a house near Kingston. Kidd and others like him toured the empires drawing what they saw and creating a lithographic history of the colonial 18th century (and not just of Jamaica).
I grew up with these lithographs, framed, and on the walls of houses I lived in and visited all through my yute-ishness and adulthood, some of them lurk on my own walls and I have a folio with 50 sheafs printed from the original lithograph plates.
absolute coolness!