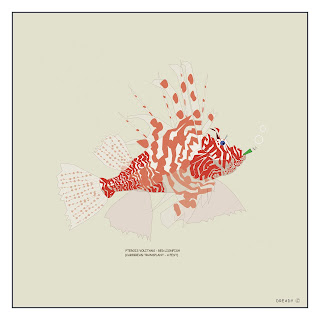 I originally created the lionfish for and with Neil DeVere (his final version that’s hanging on his wall, is different, in two panels, less subtle humour) … and together we decided to make a version of it as a fund raising print.

for the past 5 years we’ve been donating from the sales of this print to the central caribbean marine Institute, which facilitates marine research from its headquarters in little cayman; recently we decided to move at least some of the donations to a new project, in jamaica, called the white river fish sanctuary – 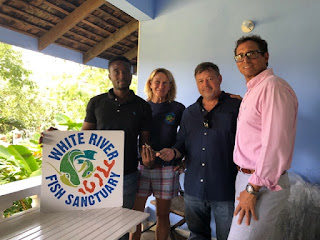 the white river fish sanctuary near ocho rios is an attempt to create nursery zones for fish and to help replenish jamaican waters by supporting marine environmental zones and enfranchising fishermen.

looking forward to the future.