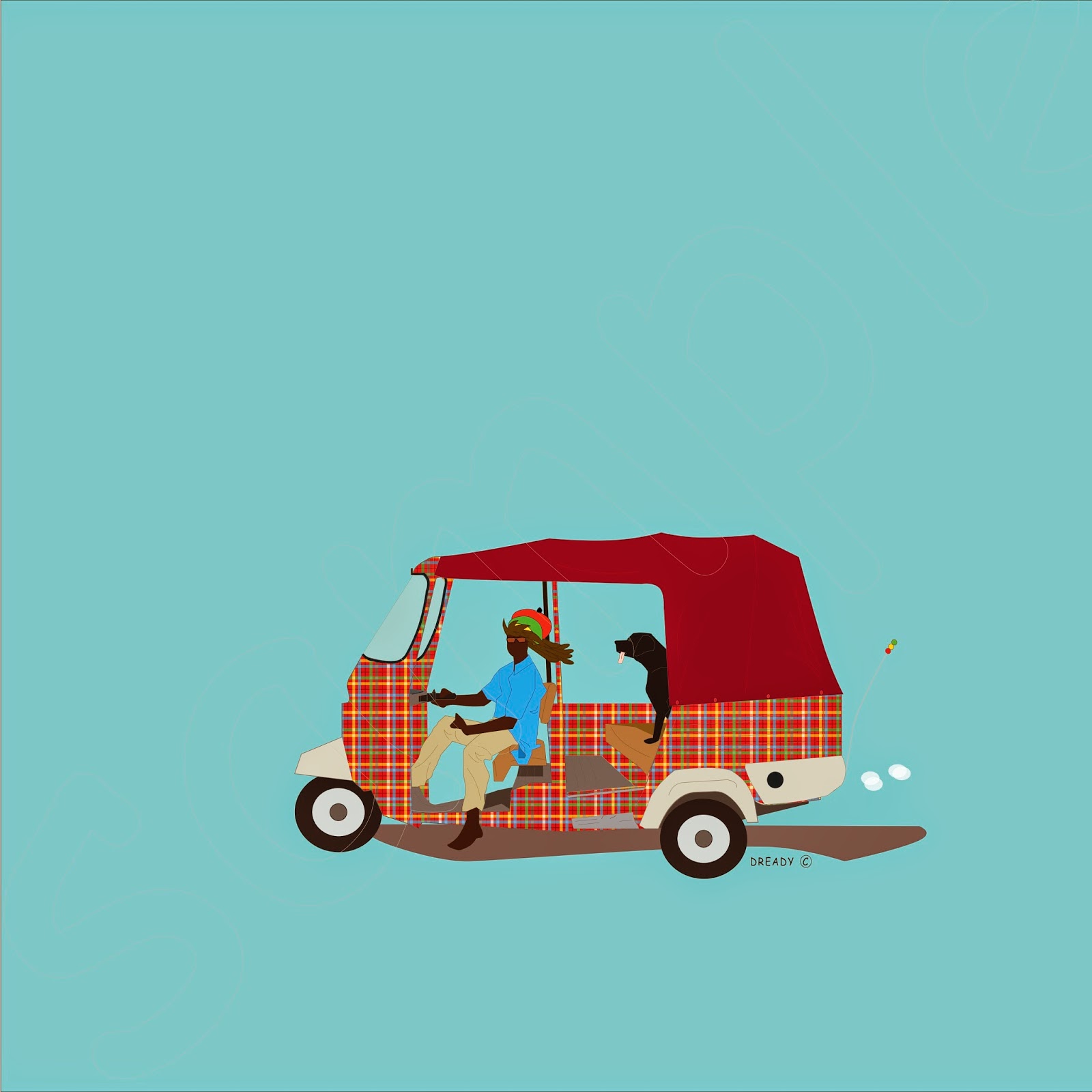 okay so, tuk tuck's are not part of the caribbean t'ing, the vernacular, you don't see them around but you should, 'cause they're cool.

You see them in Europe, italy really, as ice cream vans and service vehicles and stuff and they're all over asia.

the idea of drawing one actually started with an ice cream van in italy that i was going to do ... a gelateria on wheels under the shade of a big big chestnut tree at the side of lake como ...

and then i'd gotten a commission to do a piece of art for a gentleman of sri lankan heritage and the tuk tuk became part of that ... a tuk tuk and an elephant!

in asia tuk tuks are taxis and so they vie for attention with colour and verve and style and t'ing and so I thought that I might have some fun by using available colour swatches and creating a series of tuk tuks around that.