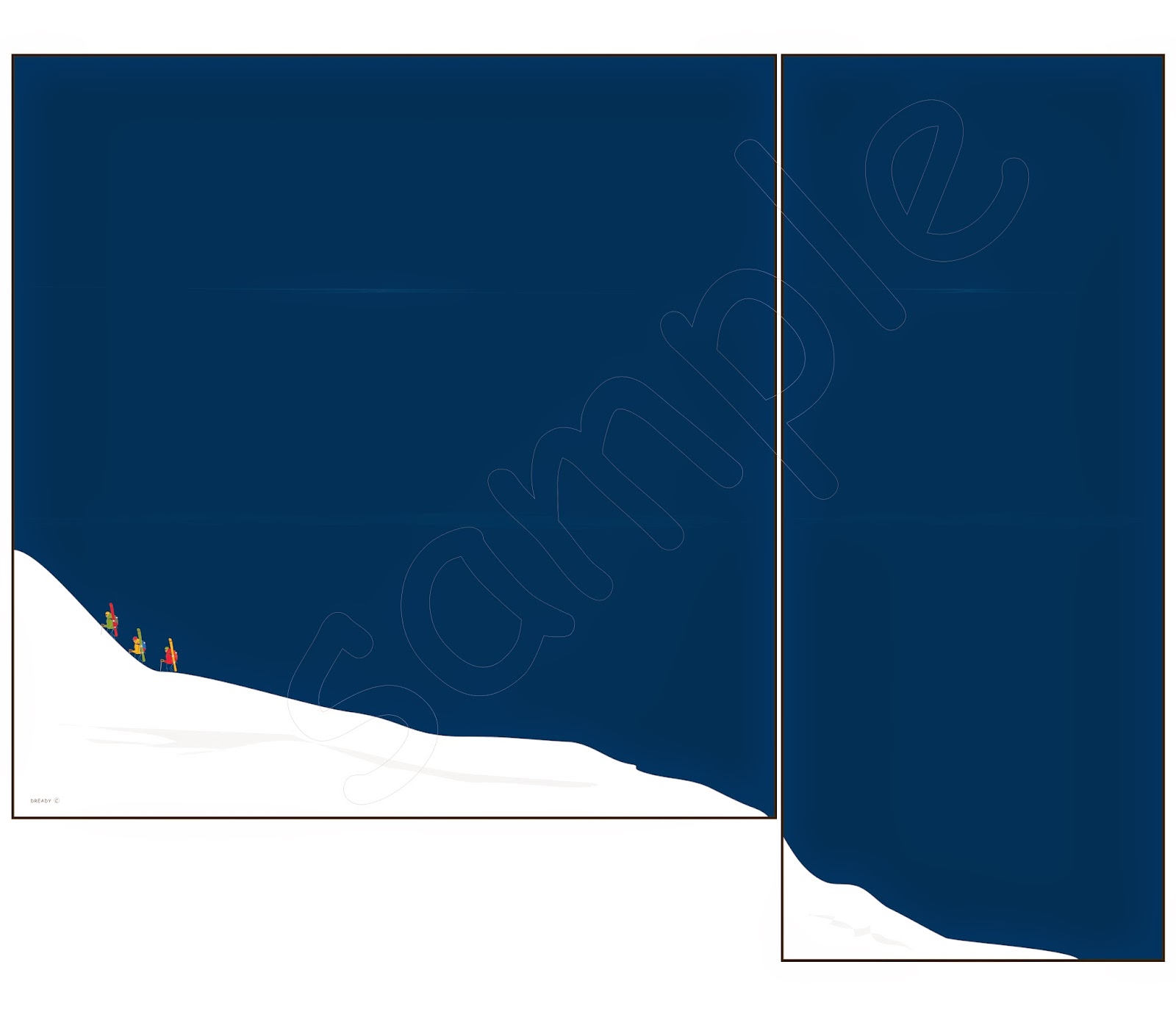 
further down these pages is the beginning of this art, and an explanation of its inspiration …

in the end, after drawing it, what ultimately had driven me to draw the picture in the first place, was the expanse of deep blue sky above a small, clean, simple bit of white and i couldn't get enough of it ….

and so in the art's final incarnation I added another large slice of blue, a continuation of that gorgeous sky, and a sliver of white for contrast and made the art not one but two pieces - 24x24 and 36x12, two separate canvases that you would display together.